Home News A removable school that feels like permanent

Due to Brexit, many companies from England settle in Amsterdam. As a result, the demand for education for expat children is high. The waiting lists in our capital have been long for at least ten years. In order to change that, De Meeuw placed a temporary school building for 500 students, on behalf of the municipality of Amsterdam.

Amsterdam International Community School, the expat school in Amsterdam, will open the doors of the new modular building for the first 250 international students on Thursday 29 August. Both primary and secondary education are located in the building on the Darlingstraat in Amsterdam Southeast; so the pupils stay at the same school until they are about sixteen.

After a period of use of about five years, the municipality of Amsterdam will deploy the school building at a new location within the municipality. "After that period, this place will be repurposed and we will move to our final building. This temporary building will then be used again at a different location by the municipality of Amsterdam, "says Kees van Ruitenbeek, project leader at Esprit Schools. That is why De Meeuw already took into account a future relocation of the building in the first design. That is also one of the reasons that the Oirschotse builder was chosen. "De Meeuw really goes a step further than traditional emergency construction. Now that the school is there, I can only say that it has become incredibly beautiful. It is indistinguishable from permanent construction and forms a wonderful learning environment for our education. "

THE SENSE OF A PERMANENT BUILDING CIRCULAR CITY

The modular character of the building ensures that it can be taken apart and moved. “However, it is not clear that this is a temporary and modular building,” says Hans Buissink, tender specialist at De Meeuw. A loose facade has been placed against the outside of the modules. “A so-called cassette facade, which ensures a modern and permanent appearance. Without losing sight of the modularity and future mobility. ”

Architectural firm Burton Hamfelt has created a design in which the continuity of the learning process is central and in which the transitions between the different spaces play an important role. The building has many open spaces, an auditorium and a large auditorium with a high ceiling. Through the stands in the auditorium, which can also be used for lounging, you enter the various parts of the building.

Buissink: “We are very proud of the end result. The wish of the municipality of Amsterdam to be able to re-use the building is in line with De Meeuw's circular philosophy. It is nice to see that in this way there is less and less vacancy and buildings are used where demand is high. ” 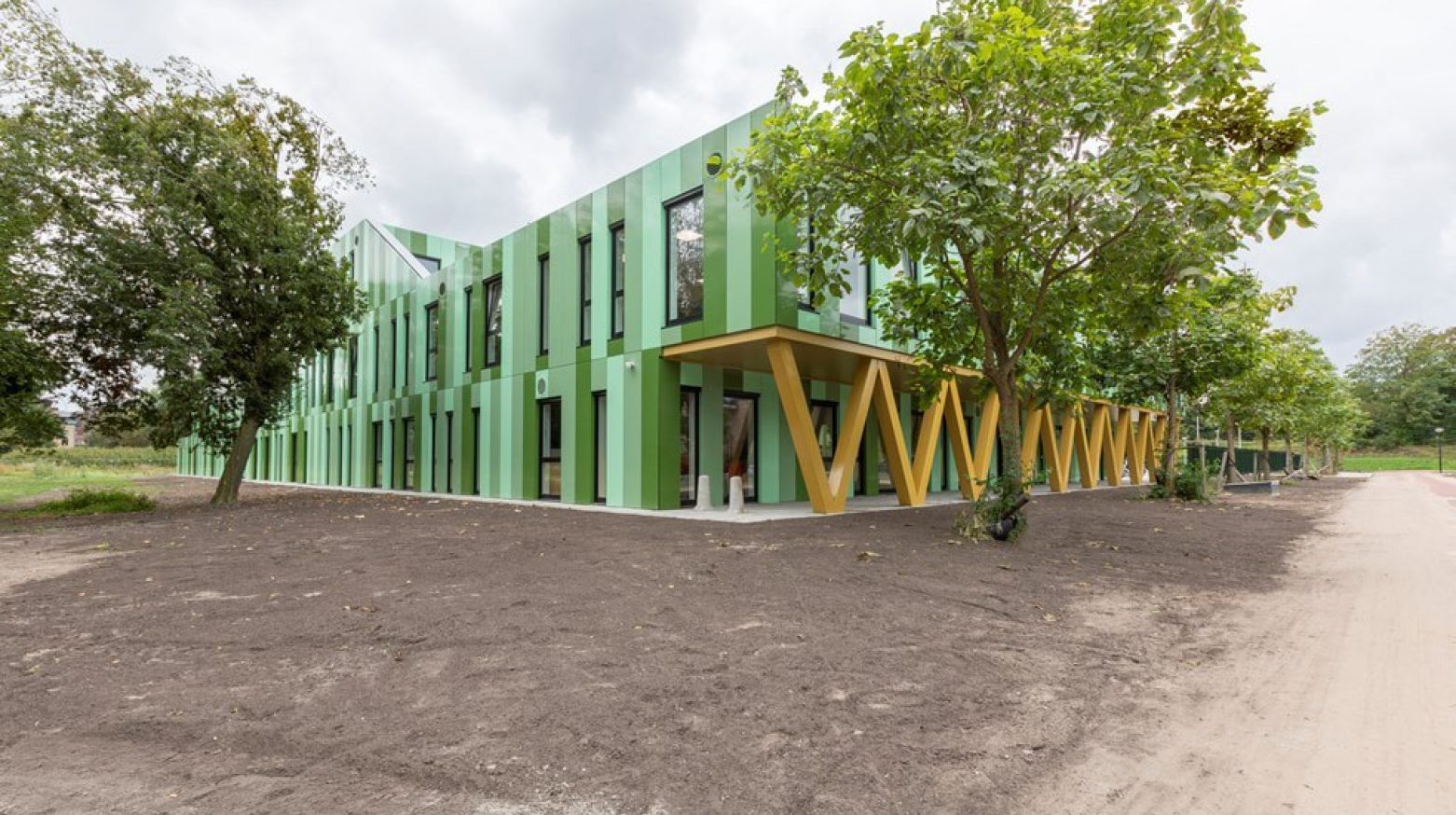 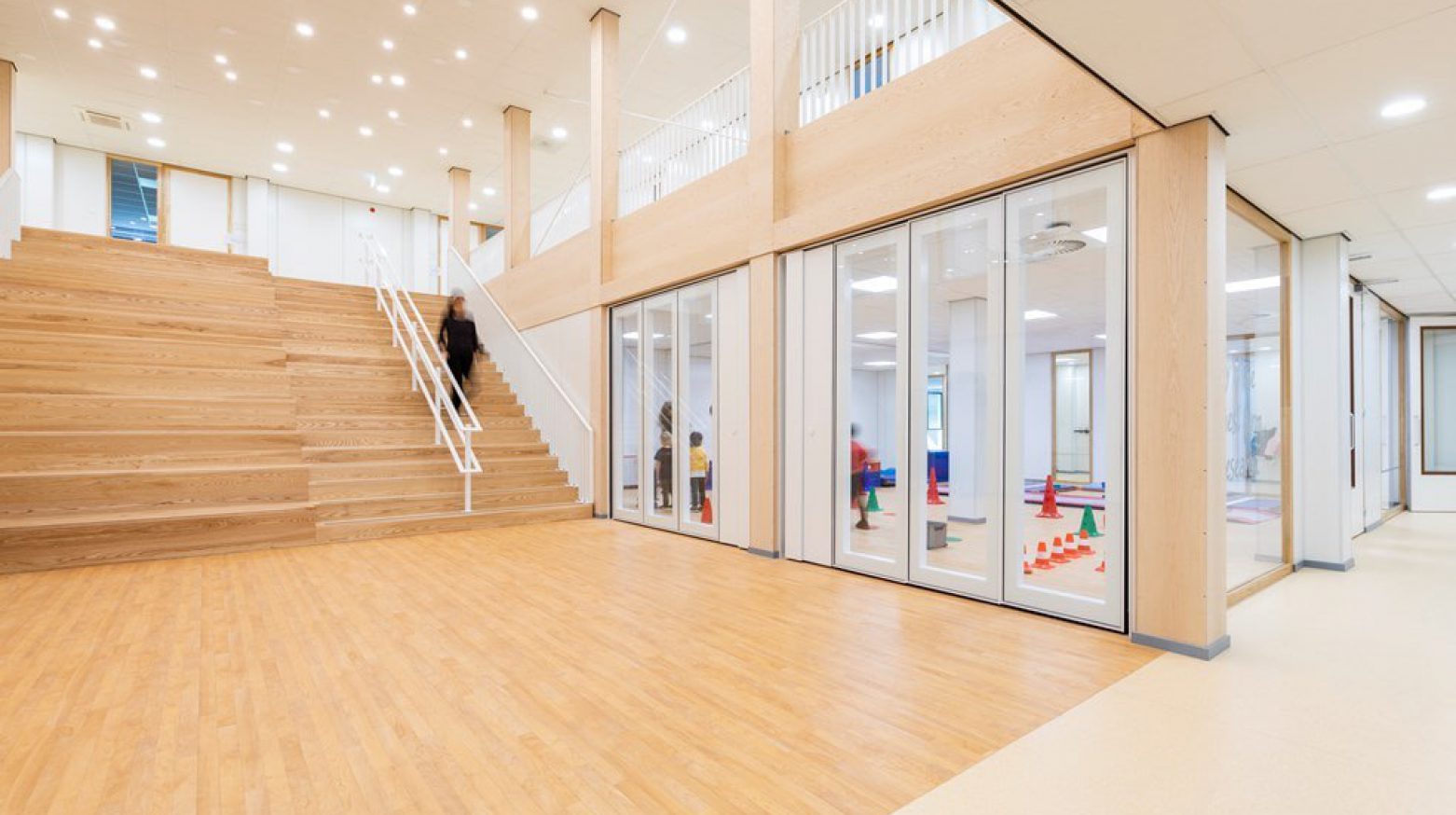 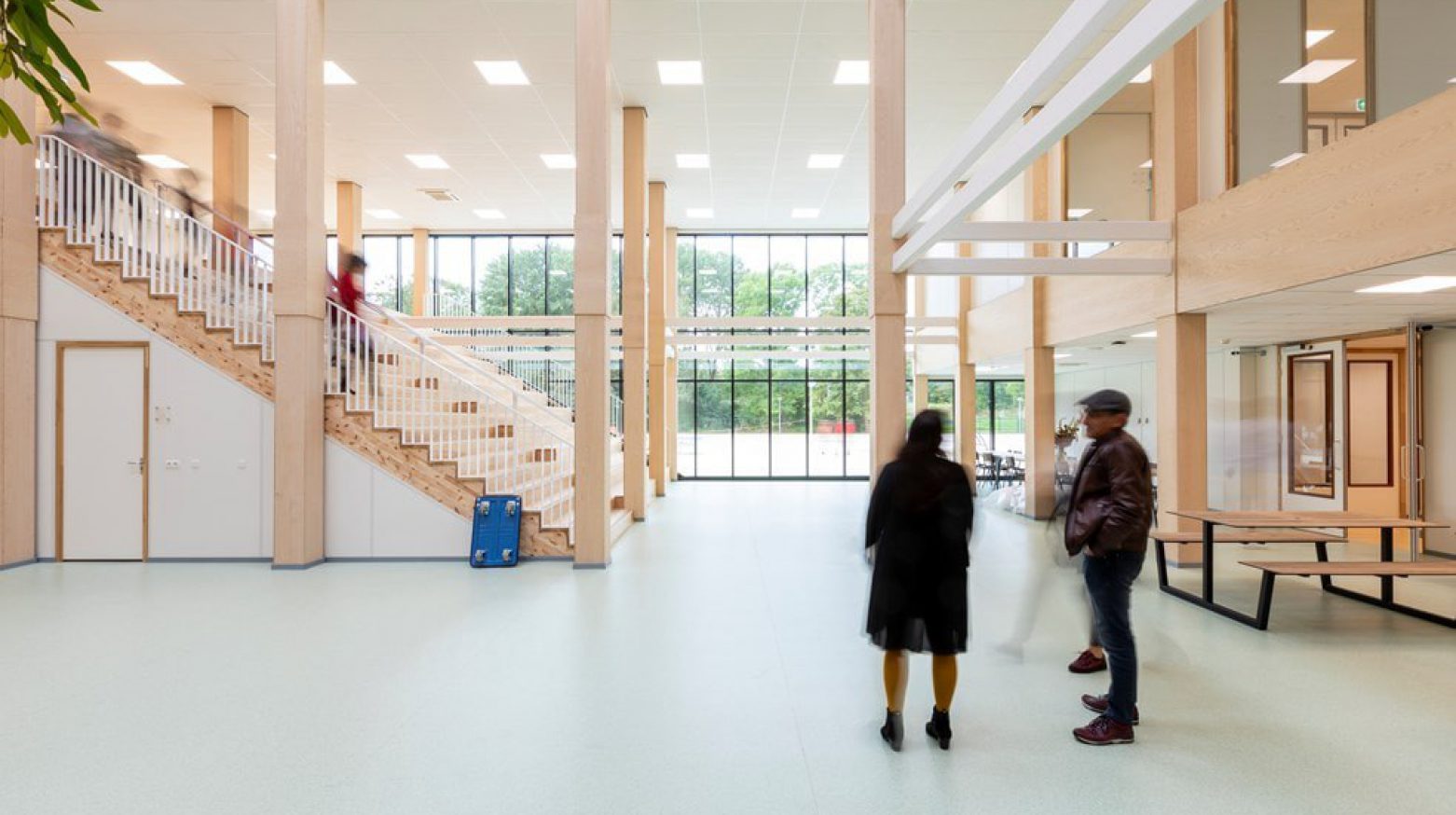 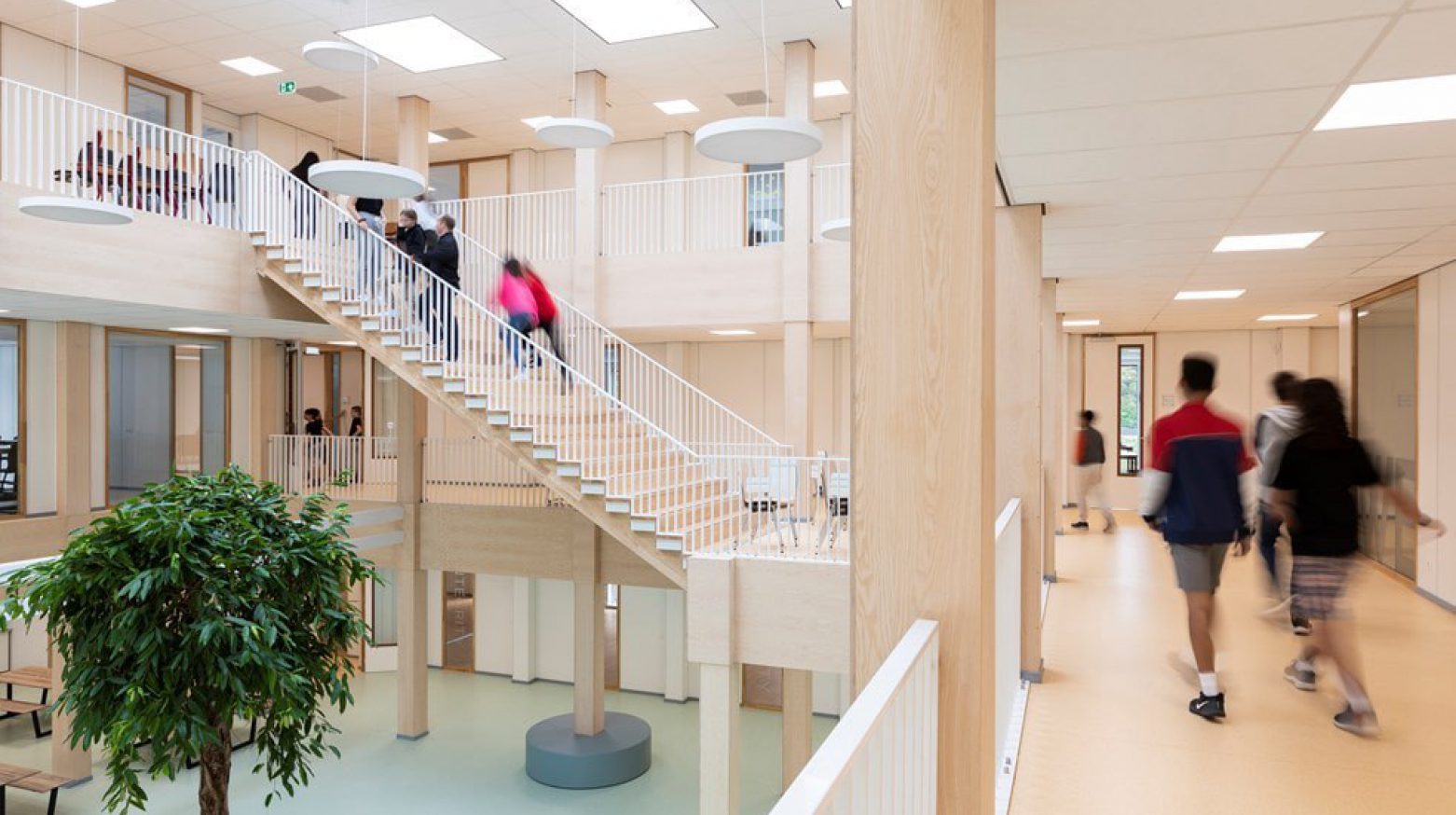